I had an open can of pumpkin that I wanted to use up, but since my house was filled with desserts from the weekend, I didn’t want to make anything else sweet.  I decided to go with Nicole’s sausage and pumpkin pasta.  I know it sounds a little out there, and I thought so too, but I loved every other ingredient in this recipe, and I’m adventurous, so why not try it? 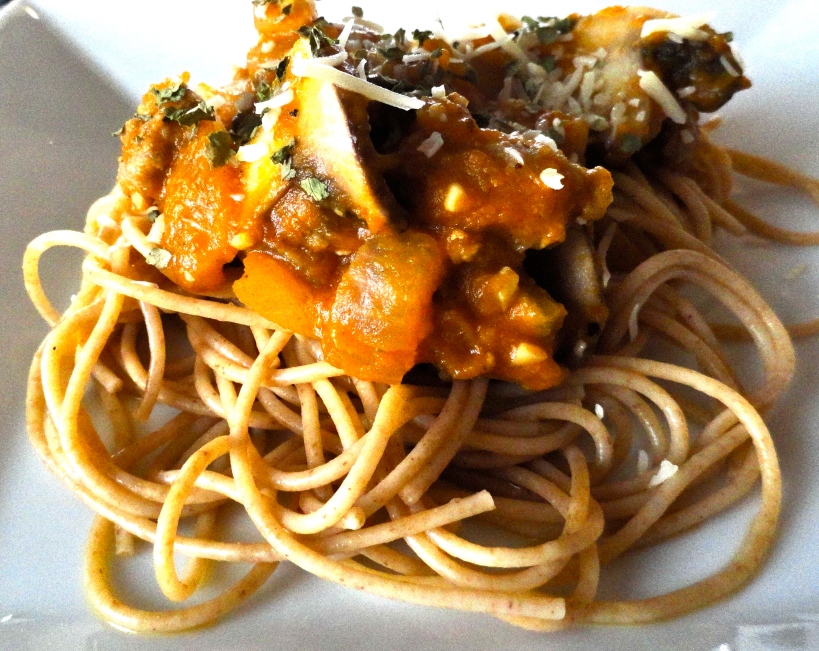 The pasta was really great!  I was surprised, and actually expected it to be a little more pumpkiny, but the sausage really was the star of the show.  Perhaps this was because I like to buy the hot turkey sausages, but still, I thought the pumpkin would have been more prominent.  Nate and I both had a second small serving it was so tasty.  I think next time I would use just a little more sage, but beyond that, it was curiously delicious.

1. Cook pasta according to package directions.  Drain and set aside.

2. Spray a deep skillet with olive oil and heat over medium heat.  Add sausage and onion and cook until sausage is almost cooked through.  Add mushrooms and garlic.  Cook for another 2-3 minutes.  Drain juices if necessary.

3. Add chicken broth, wine, pumpkin, sage, salt and pepper.  Bring to a boil, then reduce heat and simmer for 5-6 minutes.

4. Spoon mixture over pasta, garnish with parmesan cheese and serve.

4 comments on “Sausage and Pumpkin Pasta”