I love super simple appetizers that are easy to make, easy to eat and delicious. I saw these potato slabs at A Taste of Home Cooking, and thought, how simple! Plus, I almost always have all these ingredients in my kitchen. Bonus! This will make for a quick appetizer for last-minute or pop-in guests.

Nate requested that I use the ripple blade on the mandolin instead of the straight edge, and I obliged. They were definitely no thinner than 1/4″ thick, which the recipe calls for, but mine cooked much faster than the suggested cooking time. The original recipe calls for 30 minutes on one side, 15 on the other, then 10 minutes with the toppings. After about 15 minutes on the first side, my potatoes were crisp. I flipped them right away, topped them with the cheese and bacon, and cooked for only another 5 minutes and they were done. Done done. I tried to only serve those that were extremely well done, but they were so well liked that I ended up having to serve them all. I guess they were good 😉 Next time will be better though. I suggest 10-12 minutes on one side, 10-12 on the other, then just enough time to melt the cheese. 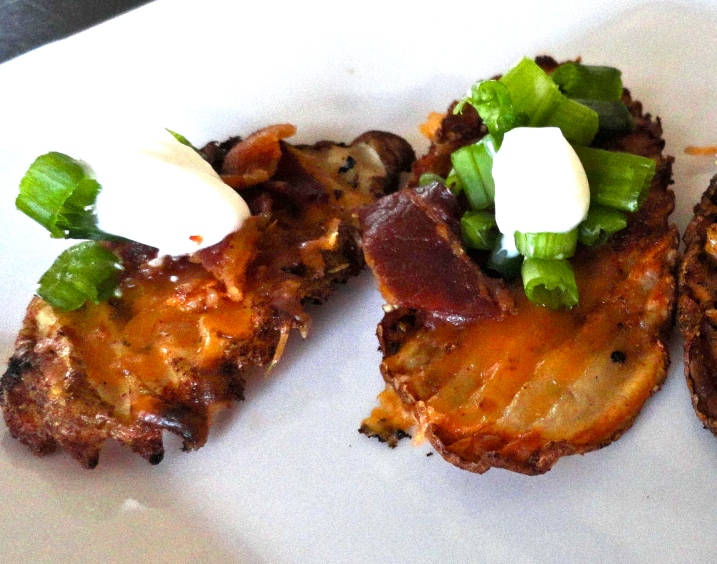 1. Preheat oven to 375 degrees. Place potatoes on foil-lined and greased baking sheet in one layer. Sprinkle salt, pepper and paprika on each side.