I was assigned the Life and Kitchen blog for the bloggers choice recipe swap and at first I chose Lindsay’s honey wheat bread, a recipe originating from the cookbook Joy of Cooking.  I may have gotten a little to ahead of myself saying “I was getting good at baking” because I screwed this one up, royally! 😦

I’m 98% confident that I followed the recipe precisely, as I always do for baking.  However, when it came time to take my dough out of the mixer and knead it by hand, I was sure something was wrong.  The dough was so wet that I couldn’t even hold it in my hands, it was like a quick bread batter.  I tried to follow the recipe source linked to Lindsay’s blog to make sure the recipe was correct, but the link was to Amazon to purchase the book.  So I Googled it, and found a recipe on Tastebook also sourced to the Joy of Cooking, that used double the amount of flour.  Naturally, I thought, oh, Lindsay must have inadvertently entered the wrong amount of flour (her recipe called for 4 total cups, this recipe called for 8), so I went ahead and started adding more flour to my mixture.  Well, I only got about 2 more cups into my dough before it became really tough.  At this point, there was no turning back, so I kneaded it, and let is rise (or tried to, as it barely rose). 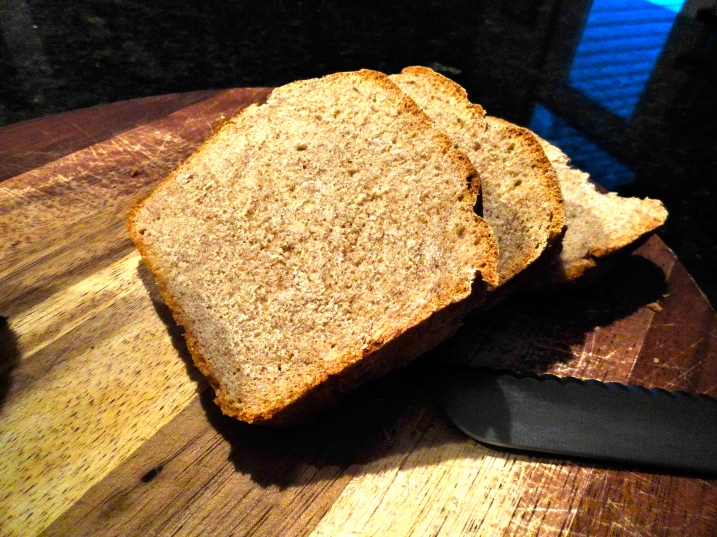 The result was two very dense loaves.  I didn’t even slice it that evening, thinking it would be crap anyway, so I let it cool and tried it the next day.  Surprisingly, it has good flavor, but it is quite dense.  Looking back to the Tastebook recipe, there was more water than Lindsay’s recipe, however, the rest of the ingredients were the same (excluding the flour of course).  I don’t know which was right, which was wrong, or if I just totally screwed something up, but I’ll have to try this again someday.  For now, here is the recipe I followed and then altered. 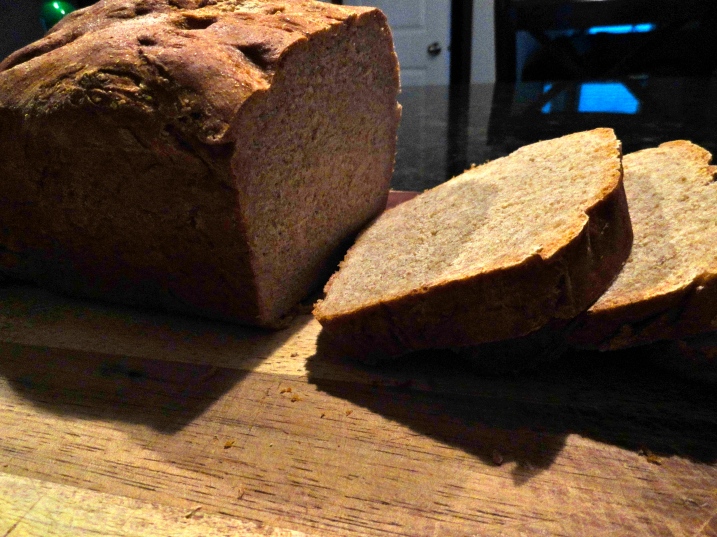 2. Turn on mixer and add in egg, butter, water, salt and then honey.  Once all ingredients are combined, switch to dough hook on your stand mixer.  Slowly add the flour and allow mixer to knead bread.

3. Transfer dough to a well oiled bowl.  Cover with a damp kitchen towel and let rise for an hour.

4. Cut dough in two equal parts, placing each in an oiled loaf pan.  Cover and let rise for another 45 minutes.